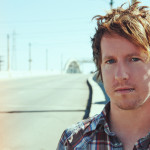 I am… Jeff Berman, singer/songwriter in Divided Heaven.

I would never ever… trust a snake.

I would instantly… watch the WWE network.

In my next life… I will be the greatest professional wrestler in the world.

If only I had known… computers would become popular.

It is long overdue… a new Bouncing Souls record!

The first record in my collection… The Pist ‘Ideas Are Bulletproof’

A band worth seeing live… Descendents

The best show we ever played… Brooklyn, NY January 2014.

The worst show we ever played… Coeur D’Alene, ID April 2013.

The best thing in our band history… Divided Heaven was the only band to play all 3; The Fest, Pouzza Fest and Punk Rock Bowling Festival in 2013.

The worst thing in our band history… he band name, haha.

Looking back… is to die.